Delhi Parent Survey Report on Schools Reopening: Parents Who Say “Yes and Maybe” Have an Edge

More than 11,000 parents, principals, teachers, students, and other stakeholders took part in our Delhi Parent Survey and shared their opinion on the reopening of schools in Delhi. The survey results show that 51.89 % of the stakeholders said “Yes” and “Maybe” for schools to be reopened in 2021.

Earlier on 28th July 2021, Deputy CM of Delhi and Minister of Education Mr. Manish Sisodia asked the parents of Delhi to send him suggestions regarding the reopening of schools. As many states have started reopening schools, Delhi Govt. is seeking public opinion to decide whether to open schools or not.

To gather public sentiment around this significant matter, UniApply started a Delhi Parent Survey to collate their opinion on it. We ran this survey on UniApply.com and collated maximum responses received as soon as possible so that we can submit the same to the Delhi government for taking an informed decision.

As per our survey, maximum parents and other stakeholders are willing to send their kids to school. There was a positive response for opening the school from 51.89% participants where 41.67%  said YES and 10.22% opted for MAYBE. Even when 48.11% voted for NO, the trend reflects that the majority of the survey respondents are in the favor of reopening schools.

However, in order to get a clearer picture of this matter, we asked additional questions to get a better understanding of their opinion.

When should schools be considered to reopen?

When asked about “when should the schools be considered to reopen?” In Delhi, around 53.64% said schools should open in 2021 only. If we bifurcate the data, 24.37% of participants think it’s better to open schools before 31st August 2021. Adding to that, there is a section comprising 17.13% that wants schools to open around September/October this year. Whereas, 12.15% prefer schools to open after November 2021. However,  46.36% of parents said that schools should reopen in the new academic session in 2022.

Which classes should be opened first?

A major chunk of respondents i.e. 56.43% opted for reopening higher grades first from classes 9th-12th whereas 21.36% believes that all classes should be opened. Close to 22.2 % of participants responded to open grades Nursery to Class 8.

UniApply is thankful for those who took their time in participating and contributing their valuable suggestions for such an important topic on reopening the schools in Delhi. We will share the results of the survey with the Govt. of Delhi and concerned authorities.

In January 2021 as well, when the media reports suggested that Delhi Govt. is considering scrapping Nursery admissions, we ran a successful survey of Delhi Parents to know their views on Scrapping of Nursery Admissions in Delhi for Session 2021-22. The survey result showed that 42,571 parents participated in the survey and 66% of them felt that their child’s future will be impacted if the Nursery admissions are scrapped in Delhi. We also sent the results of our survey along with our Suggestions to the Govt of Delhi and the Ministry of Education. Finally, as even our survey suggested about the need for admission, the government cancelled the idea of scrapping it and held nursery admissions smoothly for the session 2021-22.

Keep a check on UniApply’s social media handles and blog pages, we will update you regarding the opening of the school and the Government’s response of asking the public for suggestions.

Check the list of best schools in Delhi here. 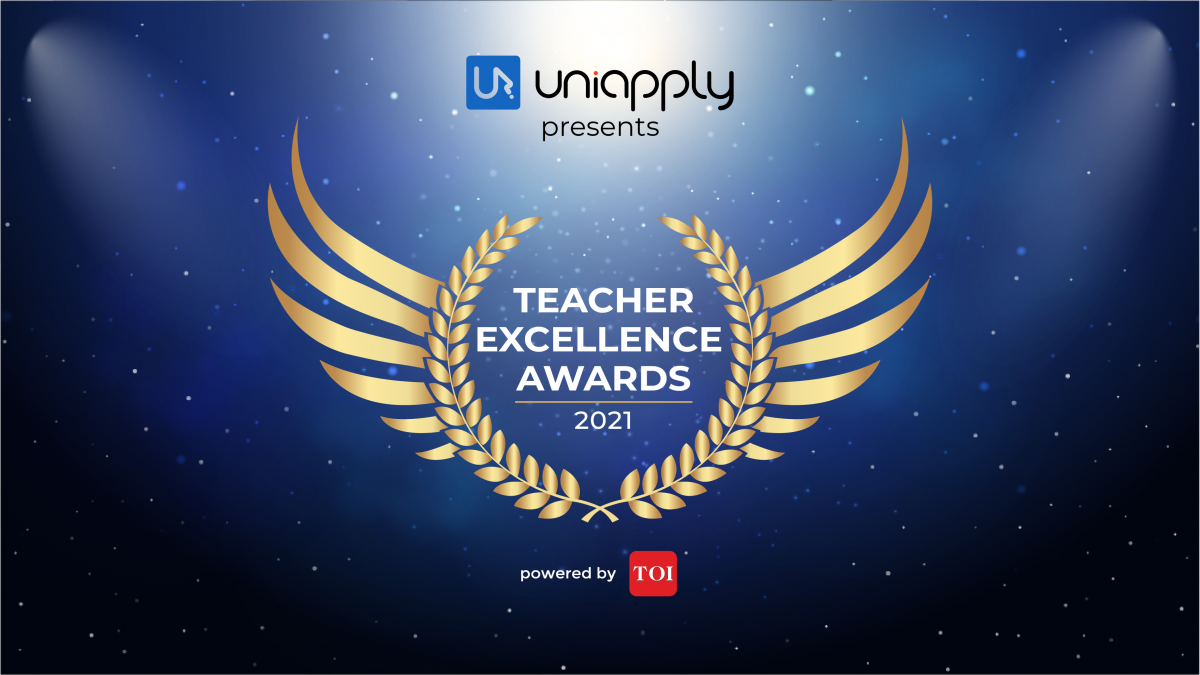 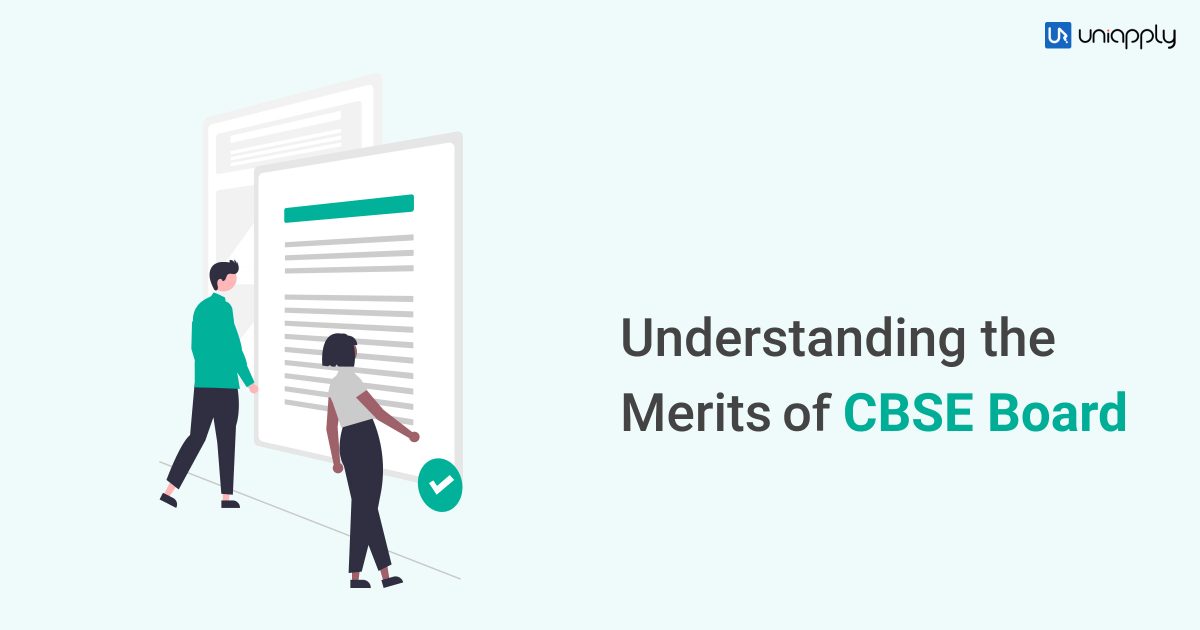 Understanding the merits of CBSE Board 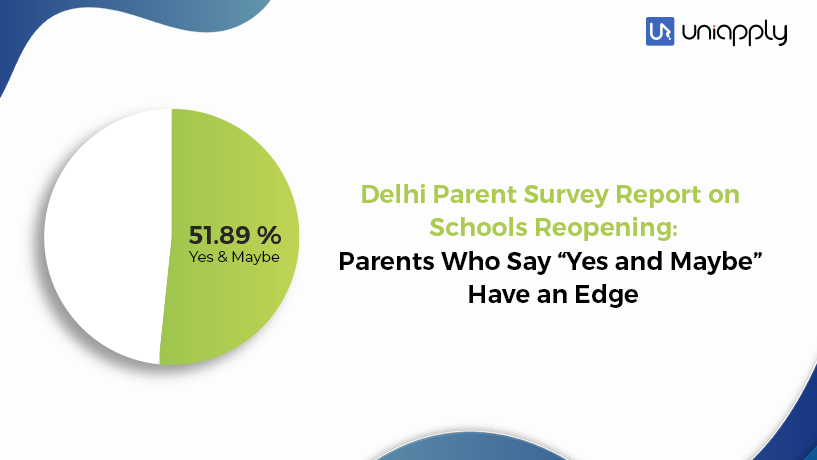 Delhi Parent Survey Report on Schools Reopening: Parents Who Say “Yes and Maybe” Have an Edge 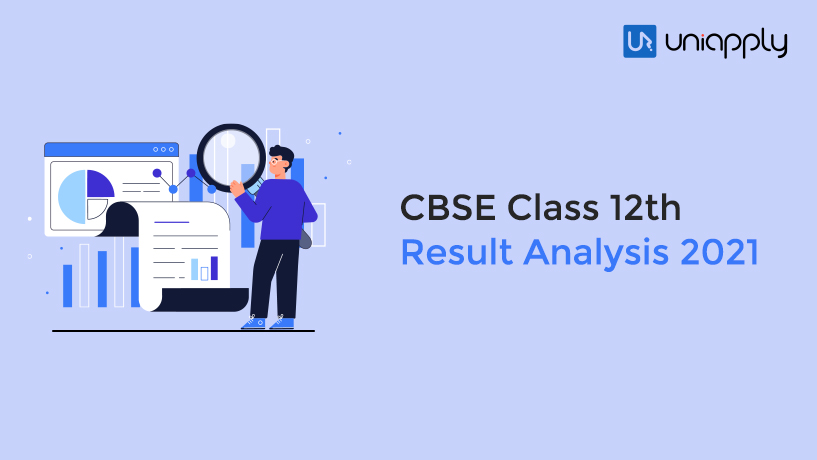 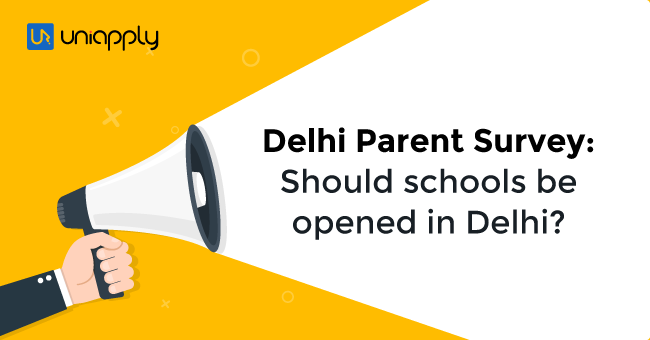 Delhi Parent Survey: Should Schools be Opened in Delhi?